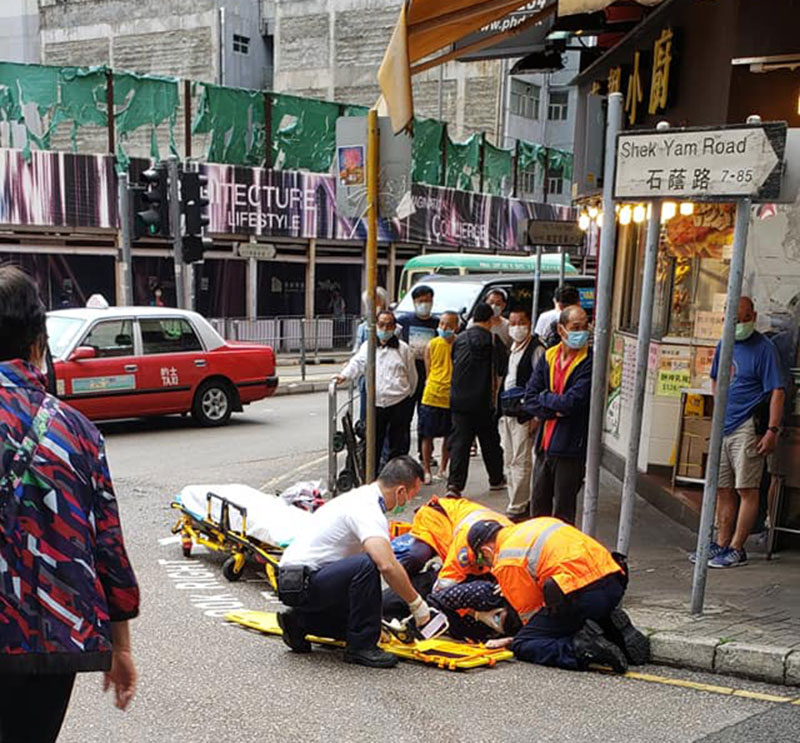 A pedestrian is knocked down at a known accident blackspot in Kwai Tsing (photo: Muli Lau Kwai-mui)

A van driver knocked down a female pedestrian on Shek Yam Road, Kwai Tsing, this afternoon – the pedestrian escaped with minor injuries and was taken conscious to Princess Margaret Hospital, according to police.

No arrests were made at the scene.

Lau says her office had already reported the accident blackspot to the Transport Department and requested new signage or pedestrian safety initiatives, but has yet to receive a response.

Categories: On the Roads