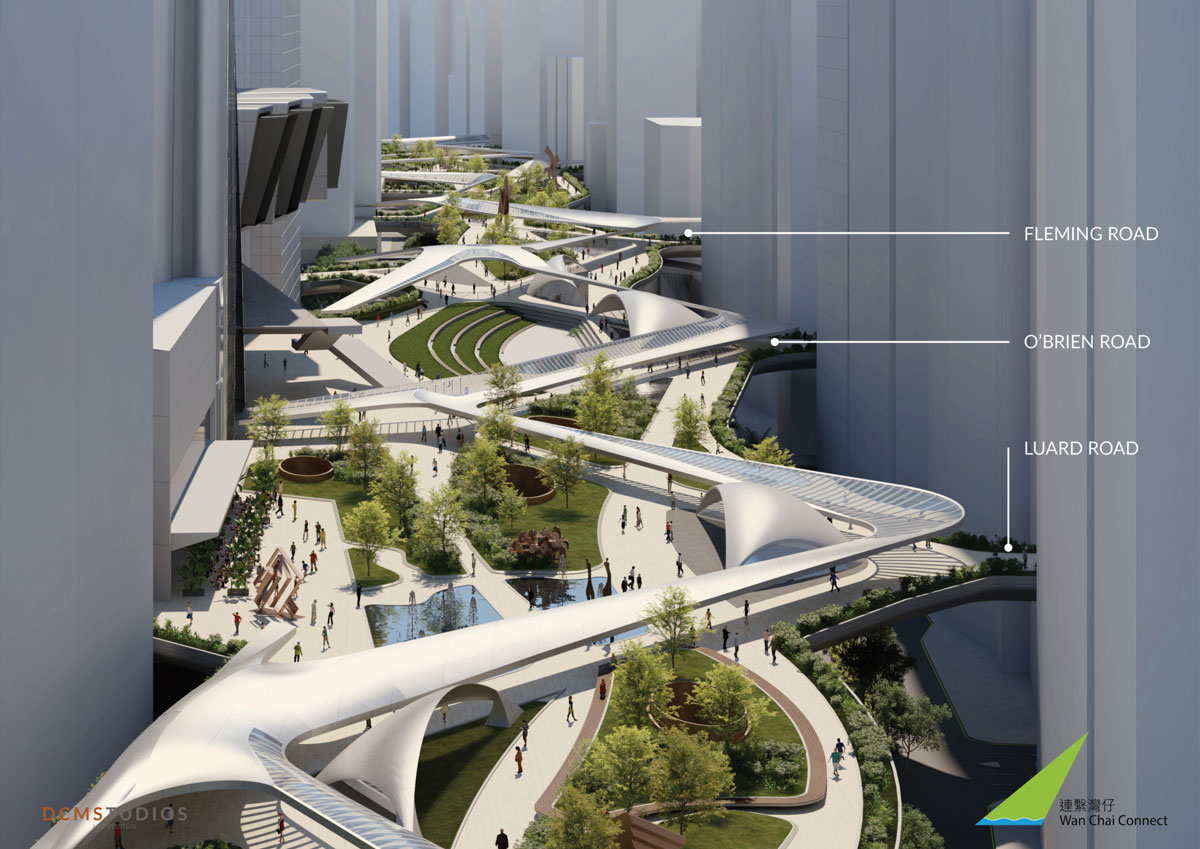 A daily walk against the tide of Wan Chai government workers and exhibition-goers would have most people looking for a new job – but jostling along the narrow O’Brien Walkway over the eight-lane highway of Gloucester Road inspired in chartered surveyor Peter Dampier an idea that has become the boldest public space plan seen on Hong Kong Island in decades. 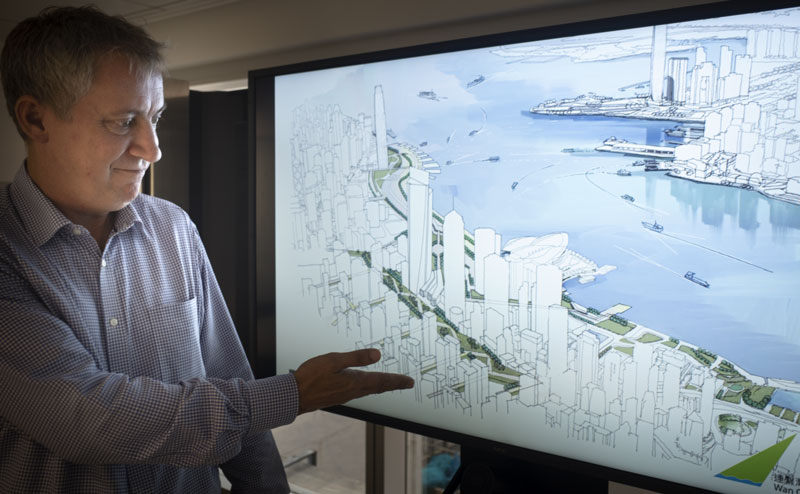 Dampier, who commutes by ferry and walks from the Central piers to his office in Wan Chai, found himself always walking against the flow on the only direct pedestrian route between old Wan Chai and the harbourfront.

“There’d be a mass of people coming at me morning and night,” he says. “And then one day, I stopped and looked out on Gloucester Road, you’ve got four bridges along that stretch, I thought, wouldn’t it be wonderful if you could walk all the way across them.” 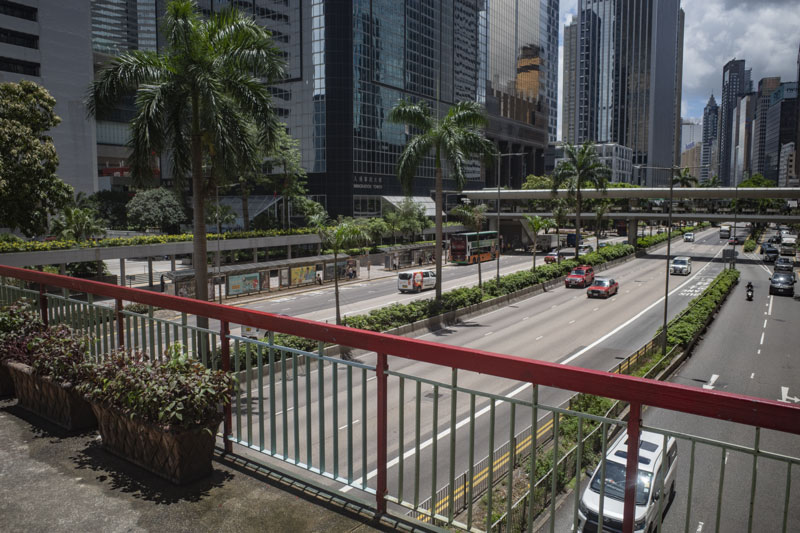 Gloucester Road, a major pedestrian obstacle – the idea to link these bridges has spurred a HK$1.65 bn development project proposal

The idea started simple: connect the Gloucester Road bridges with a broad elevated walkway, some 70 metres wide, over the highway. In 2018, with just a Google map and a highlighter pen (the chartered surveyor version of a napkin in a bar), Dampier began sketching out a plan.

This was no idle pursuit: the British national, who’s been in Hong Kong for six years, has a strong pedigree in visionary city plans. He works for Buro Happold, the firm credited with creating New York’s iconic High Line (now New York City’s biggest tourist attraction), and he’s been actively involved with Harbour Loop and the Central Harbourfront redevelopment.

Dampier’s idea fell on fertile ground at Buro Happold and today, a committed group of professional partners, including DCMSTUDIOS Architects, Currie & Brown, Studio B, Executive Counsel and Knight Frank, have volunteered countless hours of labour and expertise to produce a billion-dollar project proposal that could transform Wan Chai and its listless harbourfront into something to rival New York’s High Line in scope and outcome. 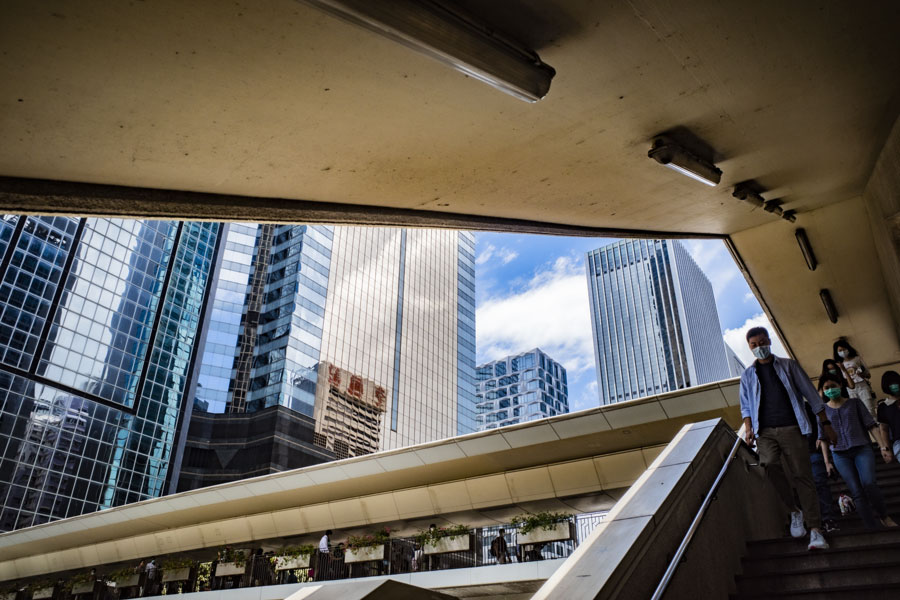 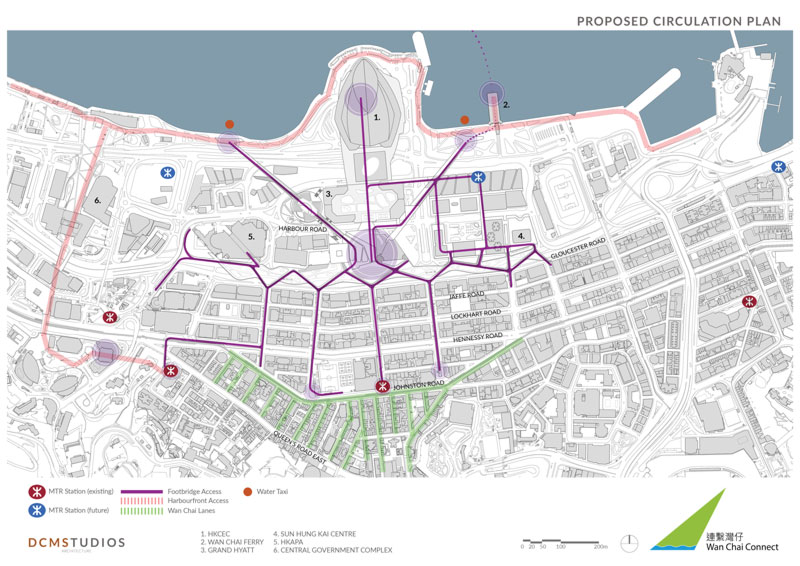 But the proposal is much more than a park. “It’s about vision more than anything,” says Dampier. “What we ended up looking at was how to address the connectivity of Wan Chai as a whole, linking from the harbourfront, all the way up to Hopewell Centre and then up into the mountains.”

“Government strategy says it’s about liveability, the rhetoric is there, but the reality is slightly different,” says Dampier, showing pictures of depressingly small “Outdoor Seating Areas” that do nothing but tick boxes. 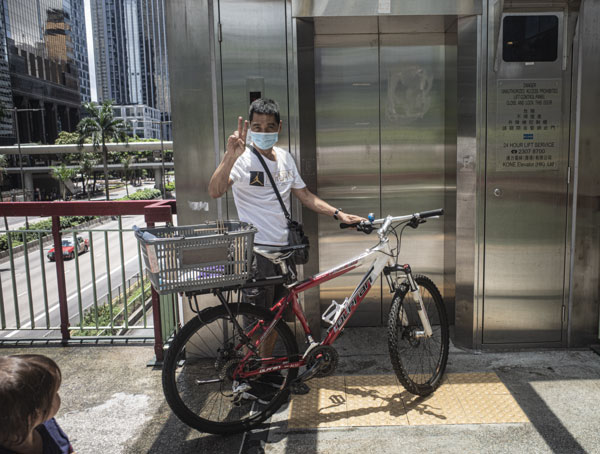 Getting around Wan Chai, even by bike, can be a challenge, with Gloucester Road cutting through the district like “a scar”

Dampier says Wan Chai’s residents are the least likely in Hong Kong to walk to the seafront. “Partly because of the construction work you’ve had there for the last 15 years. But for example, you’ve got the deck on Sun Hung Kai Centre, with the restaurants, it’s a good place, it’s close by, but I never go there, because it’s a nightmare to get to.” Similarly, he says, venues such as the Hong Kong Arts Centre are listed on Wan Chai MTR exits, “but unless you really know where you are going, it’s impossible to find,” he says.

The idea truly took off with the news that the government would be selling off a key Wan Chai site: Immigration Tower, Revenue Tower, the former law courts and Gloucester Road fire station. “It occurred to me, that site was front and centre to the problem of Wan Chai, in terms of walkability and connectivity,” says Dampier.

Old Wan Chai, says Dampier, was designed for horses and pedestrians but as reclamation has ballooned the district, the scale of planning has become more automotive. “You’ve got Johnston Road, Queen’s Road East, they could be better for pedestrians but you can at least cross them – but then you hit Gloucester Road, it’s like a scar through the middle of Wan Chai with eight lanes of traffic,” he says.

Dampier says the project would be best funded by the government, avoiding what he calls the “dreaded private-public space” of Hong Kong, where public space is essentially controlled by property developers’ security guards. It’s not much money to ask, given the benefits, says Dampier, working it out as HK$240 per Hong Kong resident. Compared to the recent HK$5.4 billion bailout given to Ocean Park, he says, it’s a good deal.

The Revenue Tower site in Wan Chai, which will be put up for sale

Dampier believes the proposal should be written into the contract of the Revenue Tower/Immigration Tower site sale, before a sale goes ahead, to avoid a common issue in Hong Kong: developers doing the bare minimum. “The real opportunity in Wan Chai is not the new site itself, it’s using that site for the benefit of the future of Wan Chai,” he says.

The problem, he says, is how master layout plans, once written, tend to be fixed in stone for sometimes decades. He cites Central Harbourfront Site 3 as an example. “There was a Master Layout Plan done 15 years ago. But to make any changes to that plan, [the purchaser] would have to go through the Planning Department, it would take time. If you’ve borrowed billions of dollars, you’re not going to wait nine months to get those changes through, the cost of that in interest payments alone is going to be huge… so that’s why, when these sites are sold, you generally find developers just do what they are allowed to do.”

After pitching to District Councillors, Dampier says the team is now targeting a hit-list of stakeholders, including Hong Kong Trade Development Council, the Harbourfront Commission, the Wan Chai community and the Convention Centre. “We want to throw it out there, and start a debate,” he says.

Dampier proposes a different approach to the regular Hong Kong development process, getting ahead of the Wan Chai site sale. “Let’s look at what we want to achieve from the outset and then work backwards to that. We need the government to take ownership, to say, ‘this could be really special, therefore we need to look at it in a special way,’” he says.