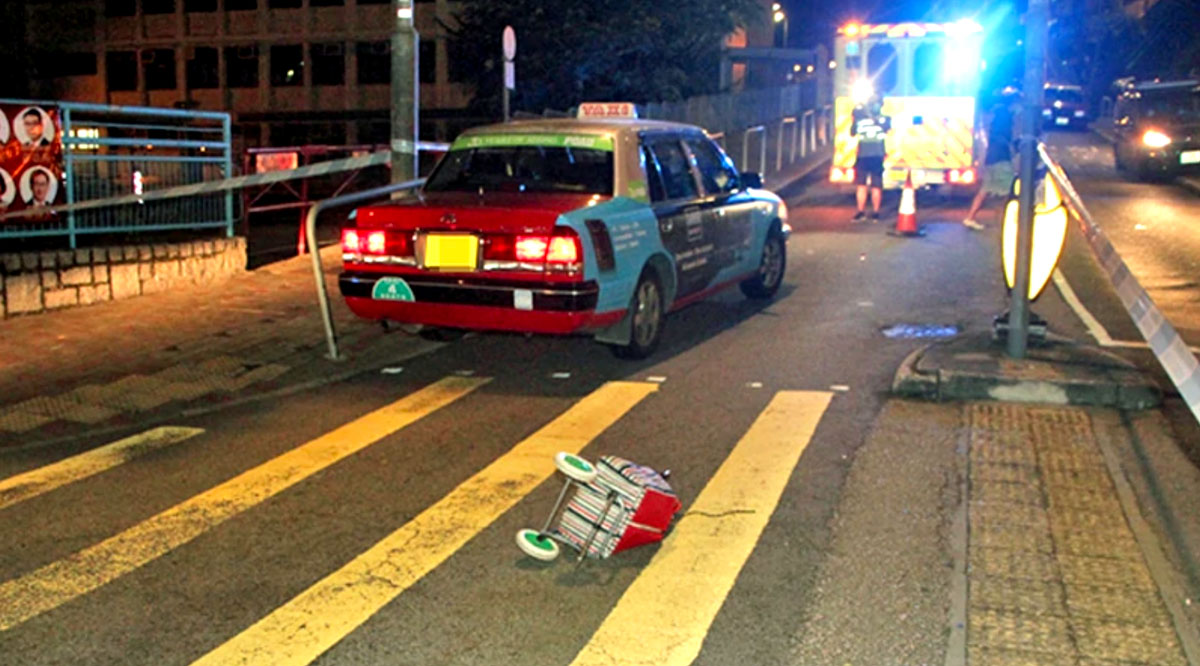 A taxi turning into the street killed a woman on this crossing this morning (photo: Apple Daily)

Police arrested a taxi driver after he mowed down and killed a woman on a pedestrian crossing in Sau Mau Ping the early hours of this morning. Taxi driver Mr Or, 64, turned right from Ngau Tau Kok Road into On Shin Road at 4.35am, striking the woman, Ms Ho, 65, who was crossing the road on the pedestrian crossing.

Ho was rushed to United Christian Hospital unconscious and with severe head injuries, and was certified dead just 30 minutes later.

Ho’s upended shopping trolley and sandals remained on the scene as police quizzed the driver. Police say Or is still being held and faces a charge of dangerous driving causing death.

There were 4,810 deaths and injuries involving taxis in 2019, according to Transport Department figures. In the first eight months of 2020, there were 75 deaths and 11,263 injuries on Hong Kong’s roads.