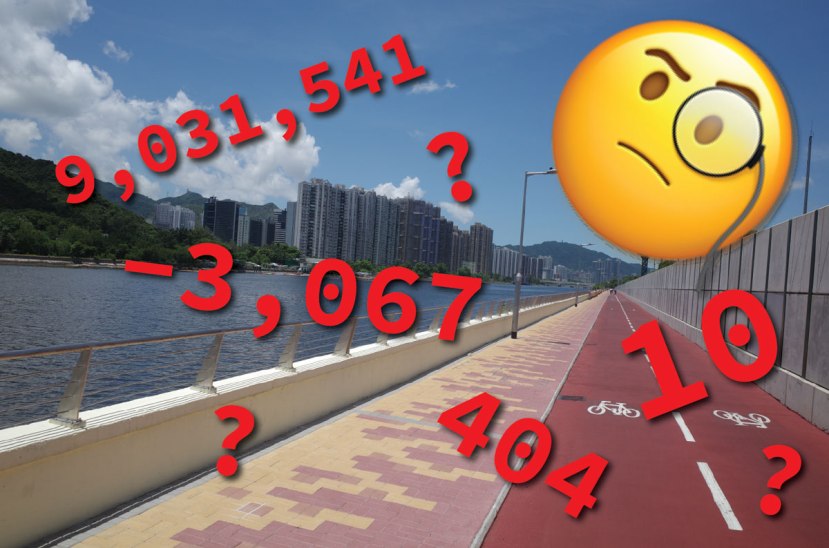 Bike volume counting is an essential tool, according to planners: yet the government has never counted bikes on Hong Kong’s cycle tracks, and has no plans to start, according to the Secretary for Development

Officials have no idea how many cyclists use Hong Kong’s cycle paths, admitted Secretary for Development Michael Wong Wai-lun in LegCo today, after some tough questions on the city’s biking network and the “cycling economy”.

Asked by DAB lawmaker Luk Chung-hung to provide usage data for new cycle tracks, Wong said the cycle network was a “public recreational facility for leisure and recreational purposes,” and that there was, as such, no need to collect utilisation data. “The need and implementation of [the cycle network] are not governed by the utilisation rate,” he said.

Martin Turner, chairman of the Hong Kong Cycling Alliance (HKCAll) says the government is failing to do its basic homework. “Bike volume data is the most basic data gathering to provide a platform for a realistic consideration of what cycling can do for Hong Kong as part of the transport mix,” he says.

Turner says the city should investigate and experiment – as many other cities have done – with what cycling can do, to find a role for cycling and develop it. Turner cited New York City,  where street-level data collection was in evidence some two decades before the current upsurge in cycling participation. “Why aren’t we doing the same thing?” he asks.

Meanwhile the US Transportation Research Board’s “bible” into bike and pedestrian data measurement, Report 797, says a lack of volume data on bicycles is a barrier to planning and improving safety. The manual says counting bikes is harder than counting cars, yet the data is invaluable for tracking changes over time, evaluating new infrastructure, prioritising pedestrian and bicycle projects and modelling transport networks.

For example the City of San Mateo in California set a goal of increasing bicycle travel for trips of a mile or less, and uses bike and pedestrian counts to create annual “report cards” towards its goal. The city also requires all private developers to conduct vehicular, pedestrian and transit counts as part of a development’s traffic impact study.

Cities around the world have detailed and public bike use data – but Hong Kong sees data gathering as unnecessary (data screenshots: Eco-Counter)

While there’s no data collection on Hong Kong’s cycle tracks, French firm Eco-Counter says it is working on a government project to count mountain bike data in several country parks.  The firm, whose motto is “if you don’t count, it doesn’t count”, says it has installed 10 of its counters in the country parks, although the data is not publicly available. Eco-Counter builds a range of tools for city planners and governments, from discreet counting posts or road wires to more visible signs that show data in real-time, with many counters linked to a real-time online database.

Lawmaker Luk’s question in a stormy LegCo session came as many people criticised the implementation of the newly opened Tuen Mun to Ma On Shan cycle track, with “incomprehensible planning”, and “disjointed” networks, according to Luk.

The Secretary defended bike path obstacles and said complaints about sudden kerb drops along the cycle path were unfounded, since cyclists are supposed to dismount and “push their bicycles on the footpath but not pass the footpath while riding.”

But HKCAll’s Turner says it is not enough for officials to point to inadequate guidelines and say they are following the rules.

“The imposition of traps for cyclists, in deliberate kerbs and pinch points, is not only in breach of the sensible objective of ensuring continuity of riding, but positively dangerous, given the reality that almost every single user will ride continuously at these points. For most of the intersections between the cycle track and minor side turns and yard entrances, the priority should be for the cyclists,” he says.