The rapid shift to “low-carbon” societies may worsen social inequalities and exclusions, with electric vehicles (EVs) widening class gaps and leading to more driving, according to research studying the fairness of low-carbon transitions in Europe. 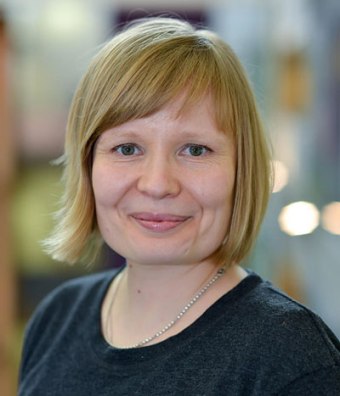 Led by Dr Mari Martiskainen, Senior Research Fellow at the University of Sussex, researchers challenged the idea that “early adopters” are always a force for good in society, sounding a warning that unchecked decarbonisation could lead to unfair outcomes.

While recognising the urgency of climate change and the need for changes in socio-technical systems, the work exposed many injustices.

In Norway, for example, those who could afford expensive EVs enjoyed tax breaks, free charging, free parking, free toll roads, free ferries and the keys to previously restricted roads, such as bus and taxi lanes, all funded by taxpayers.

“There is no country in the world with so many Teslas as Norway. There is discussion … why this much public money or these subsidies are going towards fancy EVs?” said one focus group participant in the study.

The study also found that the rich speculated and profited from the shortage and demand for EVs: and while cheaper EVs are now entering the market, the expected fall in future incentives means only those early adopters received the bulk of the benefits, found researchers. 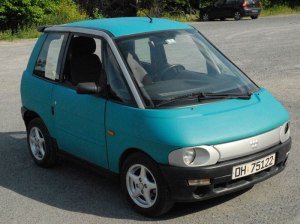 Norway had its own EV maker in the 1990s, supported by the government (photo: Egil Kvaleberg)

Speaking to Transit Jam, Martiskainen says Norway is an interesting study for EV issues, as the country had its own government-backed EV maker in the 1990s, THINK (which went bust four times in 20 years). Today Norway has the highest number of EVs per capita and is well on its way towards its 2025 goal of zero emissions for all new cars.

“But from a users’ point of view, it’s been the wealthy who initially benefited the most. Teslas are not cheap!” says Martiskainen.

In fact, the inequity study found that in Norway, richer families were buying additional EVs to enjoy all the perks. “Because these cars can use bus and taxi lanes, some households actually bought a second car to be able to use that, when they go to work, instead of waiting for the bus they can skip the queue,” said one study participant.

Such behaviour, the study notes, increases bus waiting time for those who can’t afford EVs, widening class and wealth gaps.

Aside from such direct inequalities, Martiskainen and her team found there’s also a “rebound” effect, whereby early adopters actually end up increasing their energy consumption. For example, smart meters in the UK can now link directly to appliances, which can lead to more high-tech appliances and a subsequent higher energy demand.

In cars, the researchers say “the high benefits given to EV owners have resulted in many users embedding ‘automobility’ in their lifestyles, with EVs bought as additional cars and leading in some cases to people driving more.”

One focus group interviewee said an EV-supported regime made it harder to promote the message that “less cars are better for the climate”.

“The environmental argument for letting your car stand still is weakened, the overall question about why you should not use your car is more difficult to communicate to people,” they said.

In their paper, the researchers warn that without a balanced transition, low-carbon design can lead to a “carbon literate” elite that benefits unequally from transitions.

“I think EVs are needed,” says Martiskainen, “But we need to design the policies supporting them carefully, make sure they are produced ethically, and more importantly, don’t take investment away from public transport,” she says.

Tesla, with even a base model costing HK$330,000, remains the most popular electric car in Hong Kong

Similar injustices to those found in Norway surrounding EVs can be noted in Hong Kong: lawmakers have for some years pointed out the high cost of EVs. As at the end of May 2020, a tiny fraction (0.1%) of electric cars on the road in Hong Kong cost less than $200,000, with 66% of Hong Kong’s electric cars bought for over HK$600,000.

Tesla remains by far the best selling EV in Hong Kong, representing almost three quarters of all EVs sold in the territory this year (to 30 September) – and with a price tag starting at HK$330,000 for a base Model 3, climbing to HK$1.6 million for a fully-loaded Tesla X with autopilot, it’s no budget option. The second-best-selling brand, with a 9% market share this year (to 30 September), is Hyundai, with its cheapest electric car, the Kona, starting at HK$343,800.

In Hong Kong, EV owners enjoy billions of dollars in subsidies, including a waiving of first registration tax now extended until 2024; a “one for one” scrapping deal when trading up their old EVs or fossil-fuelled cars; and a HK$2 billion parking space subsidy scheme, as well as free parking and free charging in many spots around the city.