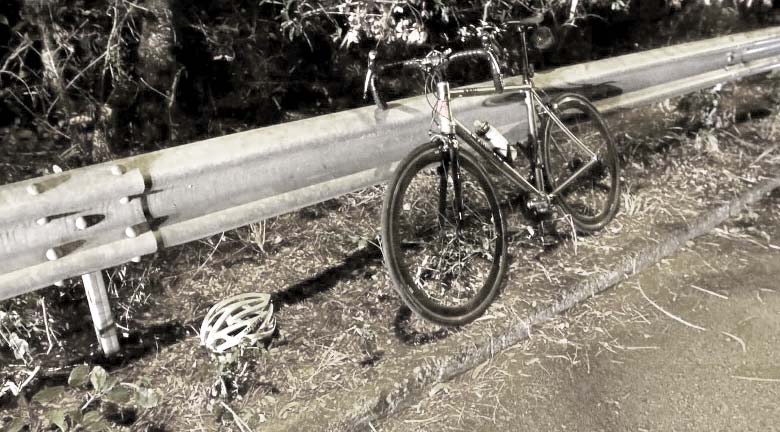 A 52-year-old Hong Kong teacher died in a bicycle accident on Bride’s Pool Road this evening, less than 100 metres from the site of a fatal car smash last night.

Chris Hattam, who taught at King George V School in Ho Man Tin, was part of a peloton of six riders cycling along Bride’s Pool Road, uphill towards Tai Po at 6.16pm. According to police, he was bringing up the rear when the crash occurred. “Because he was at the back, nobody saw what happened,” says a police spokeswoman, stressing that no other vehicle was present or involved.

Hattam’s friends called 999 and waited at the scene for emergency services. He was taken unconscious to Alice Ho Miu Ling Nethersole Hospital and was declared dead at 7.12pm.

Last night a 20-year-old man died in the same location after losing control of his sports car and smashing into a lamppost.