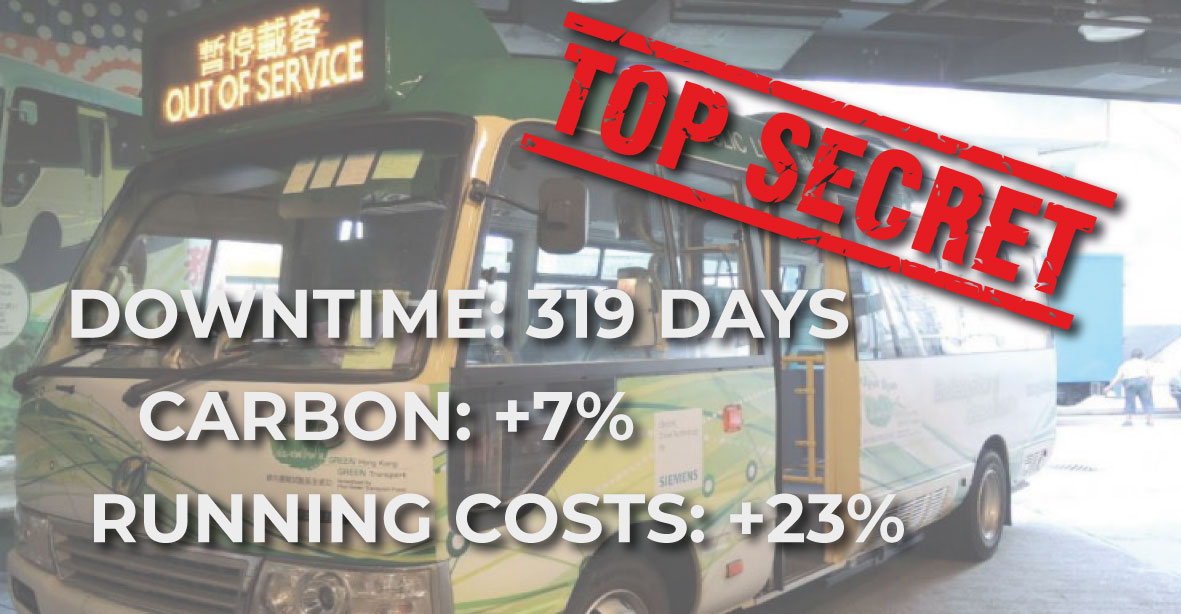 A report kept hidden by the government for years shows hybrid minibuses to be more polluting, more expensive and far less reliable than diesel buses

The top secret report of a disastrous government-subsidised hybrid green minibus trial has been quietly published by the government, six years after the trial began and months after the funded firm declared bankruptcy, axing the two minibus routes.

The damning investigation, which the government kept hidden for years, shows serious problems with the two 150kW Dongfeng Gemini hybrid green minibuses: the buses were 23% more expensive to operate, used up to 14% more fuel, produced 7% more carbon emissions and had a combined 319 days of downtime over the two-year trial. From 2014 to 2016, the two buses broke down 105 times between them, compared to nine breakdowns by the traditional diesel Toyota Coasters operated by the company.

The hybrid (HV) buses, manufactured in 2014, weighed seven tonnes each, compared to 4.35 tonnes for the 2010 Toyota Coasters.

“The drivers experienced various problems in operating the HVs and did not feel the HVs were quiet and environment [sic] friendly,” says the report. “The drivers consistently expressed disappointment with the HVs’ driving performance and reliability due to many breakdowns.”

“Overall, Teamwise was not satisfied with the performance of the HVs as too much operating time was lost due to repairs and the fuel savings were not as expected,” the report concludes.

Transit Jam broke the story of the missing reports back in April 2020, after noticing two minibuses owned by bankrupt bus company Teamwise had been partly funded by around HK$2.5 million of public money in 2013, yet with no public record of the subsidised buses to be found. Under the Pilot Green Transport Fund scheme (rebranded and renamed as the New Energy Transport Fund (NETF) in September 2020), the government was required to publicly report data and operating experiences on publicly funded EVs and hybrids, to help the transport trade make better decisions.

At the time, the Environmental Protection Department (EPD) said the report could not be completed because of “staffing issues” at a third-party assessor, Jockey Club Heavy Vehicle Emissions Testing and Research (JCEC). “JCEC still needs more time to recruit staff for replacement and follow-up on the analysis of the data,” an EPD spokesman told Transit Jam on 21 April 2020, four years after the trial had completed. However, many other reports had been released by JCEC during the time period, raising questions why the Teamwise report was suppressed. 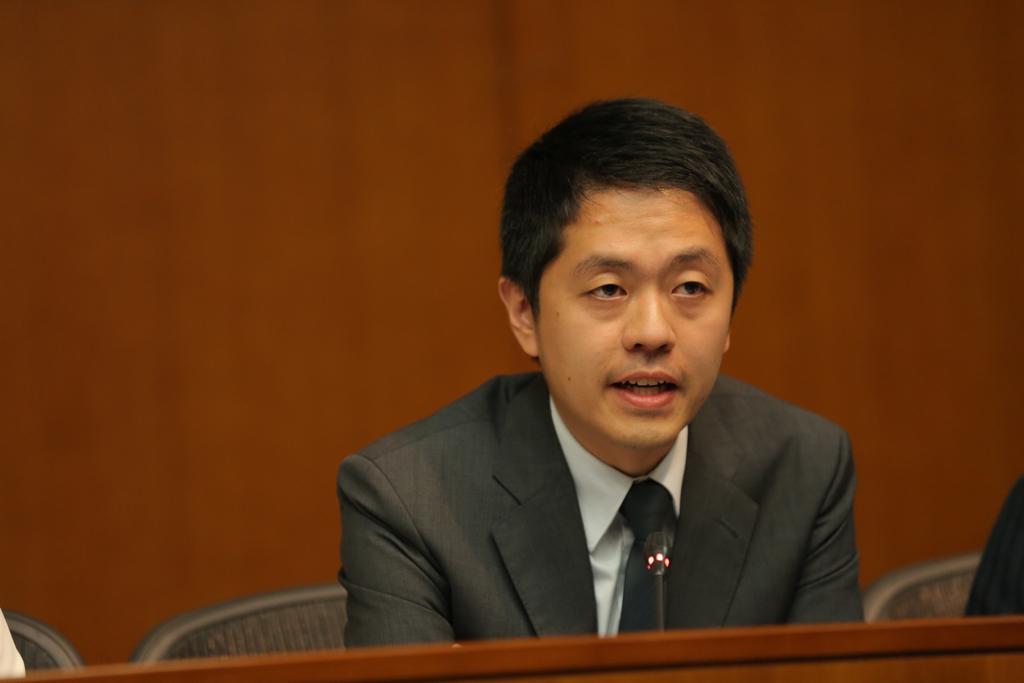 Lawmaker Ted Hui Chi-fung then claimed the government’s excuses for non-publication as “nonsense”, but despite political pressure from the opposition, the government report remained under wraps until it was quietly inserted, at 67th place, into the list of 105 public trial reports.

Users of the NETF website noted that, around the same time, EPD appeared to change its website structure such that newly added reports were no longer flagged “New”, as had been the custom since the Pilot Green Transport Fund launched in March 2011. Such identification was helpful in keeping abreast of new reports, as the government lists NETF trial reports in chronological order of trial date, not report release date.

EPD says this is not true, and asserts that “New” badges are appended to new reports for only one week after publication. But users with experience of the website say the “New” badges had usually been displayed for much longer periods. For example, a report marked September 2017 was still marked “New” in June 2018, according to internet archives.

Trial reports have, in the past been badged “New” for several months to help users find them. EPD now says the usual practice is only to mark reports as “New” for one week. It cannot explain why internet archives tell a different story, such as this September 2017 report still highlighted “New” in June 2018