By James Ockenden on June 13, 2021 • ( 3 Comments )
A car driver rammed into a minibus at a Sha Tin junction this afternoon, in a crash which killed the minibus driver and seriously injured six passengers. 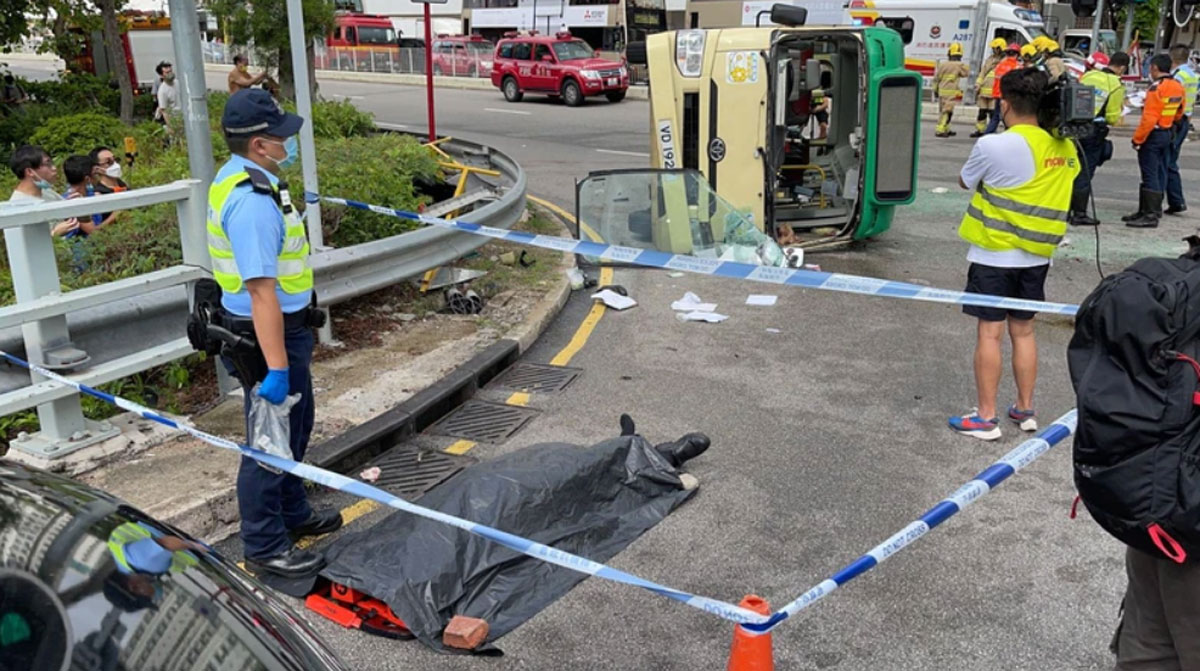 The driver, a 59-year-old male, was declared dead at the scene

Video footage of the incident shows the driver of a white Audi, Ms Chi, 33, careering over the junction at Tai Chung bridge, against the red light for her lane, and smashing into the side of the minibus, which was driving along Sha Tin riverside.

The force of the collision knocked the minibus sideways, with the bus then flipping over. The minibus driver, a 57-year-old male, Mr Cheung, was trapped in his vehicle, but had died by the time fire crews could rescue him. Six bus passengers aged between 27 and 66, and the Audi driver, were sent to local hospitals.

Police said they were still investigating the cause, but a police source said it looks very likely that the car driver was at fault. A spokesperson later said Chi had been arrested for dangerous driving causing death.

*updated 9:34 14 June with the latest police information including correct age of driver, the name of the deceased, the name and age of the car driver, the ages of the injured, and the arrest details*