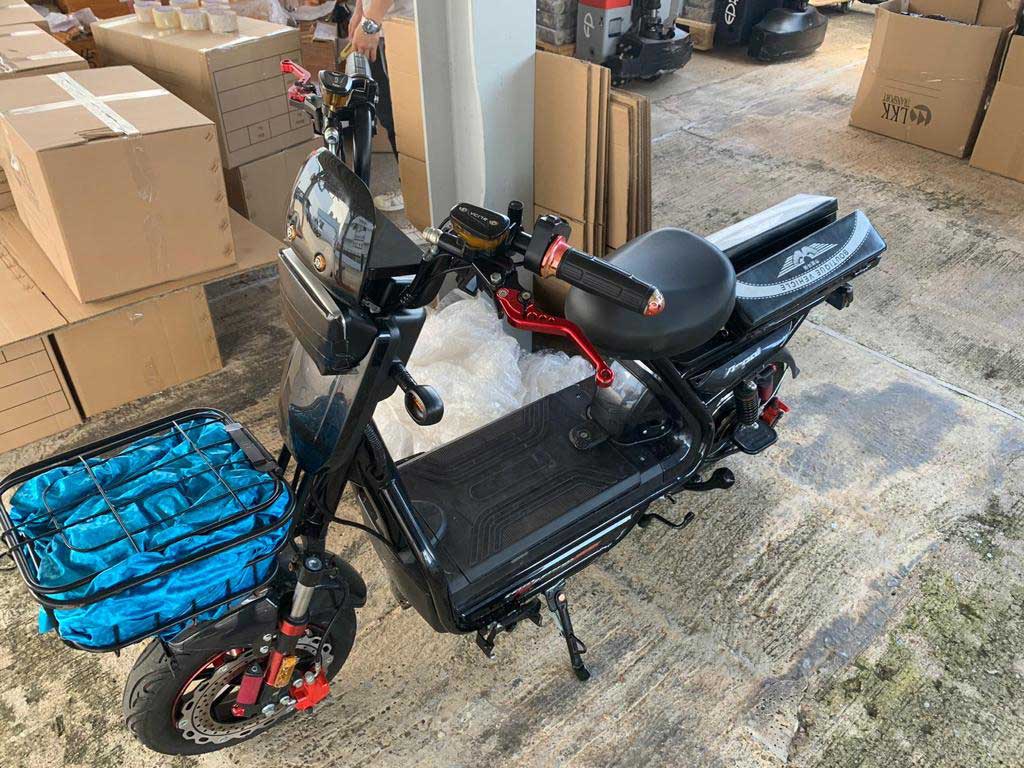 An “electric bicycle”, as labelled by Customs, was the last-mile solution of choice for a gang of smugglers, who used the machine in their midnight plan to shift two truckloads of illicit goods from a car park to a seashore speedboat.

Customs busted the operation Thursday night, after tracking suspicious activity in the Sha Tau Kok car park where smugglers were transferring $27 million worth of mainland-bound birds nest, smartphones and electronics from trucks to the electric two-wheeler.

As officers pounced, two men fled to their nearby speedboat and disappeared into Starling Inlet, just a few minutes from mainland waters. Customs yesterday arrested a 50-year-old man locally for his part in the scheme, and have seized the e-bike and two trucks.

While Customs referred to the smugglers’ two-wheeled transport as an “electric bicycle”, the machine appears closer in parentage to an electric motorbike, with no pedals, petrol-scooter wheels and brakes and a hybrid e-cargo bicycle frame.

A senior law enforcement source said smugglers “are always trying to be innovative and stealthy,” although he noted that they usually prefer 5.5 tonne trucks for direct transfer to speedboats.

Electric bicycles and e-cargo bikes remain unlawful in Hong Kong, with Transport Department running trials of e-scooters and other e-mobility devices to assess how users interact with other road users. Electric mopeds such as the smugglers opted for could technically be legal although potential users, including delivery giant Food Panda, have cited difficulties in licensing such machines in the territory.

But e-cargo solutions are proving popular amongst more legitimate enterprises in the developed world. 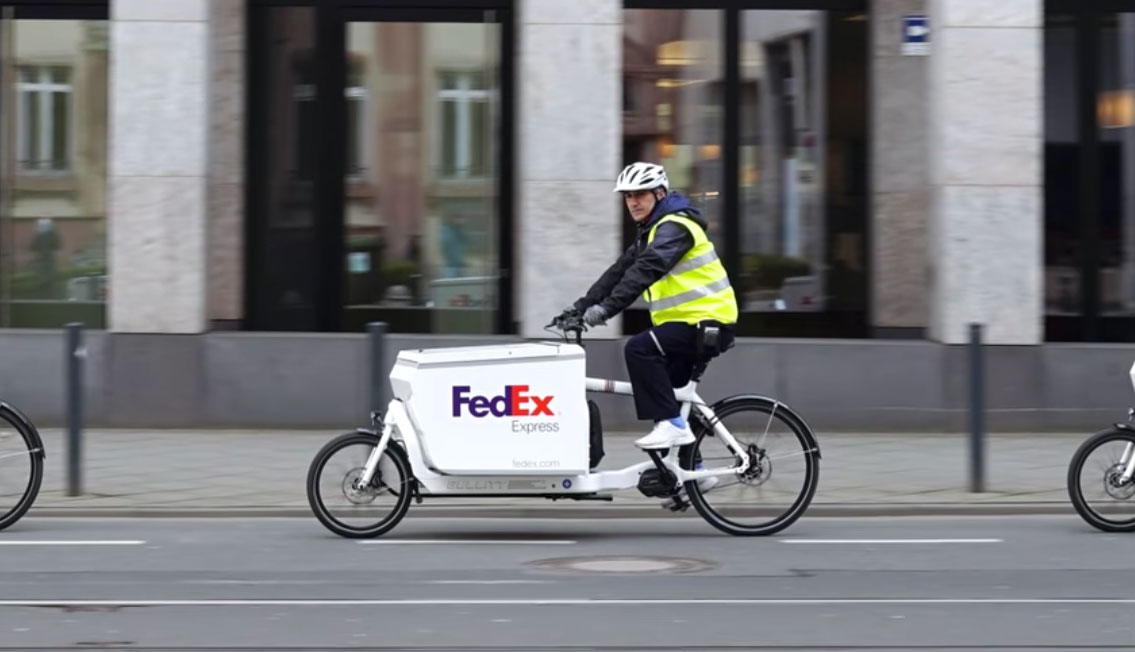 In Prague this year, seven delivery companies, including DHL Express and DPD, built a “bicycle depot” in the city to handle e-bike logistics. And last year, delivery giant FedEx announced a trial of cargo bikes in six European cities, as part of its pledge for carbon neutrality by 2040.

“There is so much to consider when you attempt a project like this,” said Delphine Slootmaker, FedEx managing director, at the project launch. “There are parking space questions, street access restrictions, new green zones, curfews for delivery… each major city has its own unique issues and needs unique solutions.”