GARBAGE TRUCK DRIVER MAY HAVE NOT EVEN NOTICED KILLING PEDESTRIAN, SAY POLICE 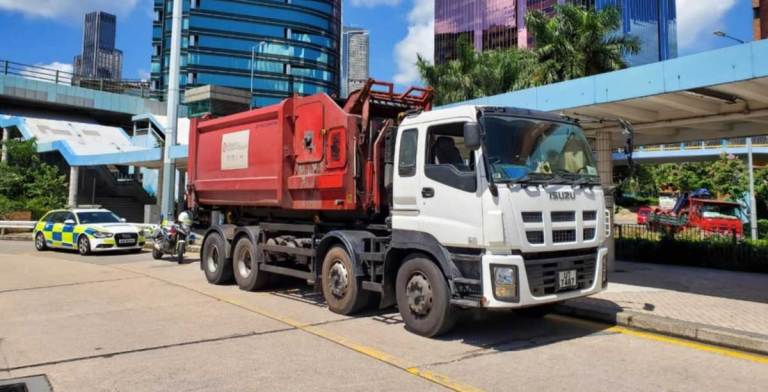 The garbage truck which crushed Mr Cheung, 88, on Dundas Street this morning

A garbage truck driver knocked down and killed a pedestrian in Yau Ma Tei this morning, leaving the scene to be later arrested at the Cross-Harbour Tunnel.

According to police, Mr Cheung, 45, was driving along Dundas Street at 8.47am when he struck Mr Leung, 88, who was crossing the road.

Local media report a walking stick and a pool of blood left at the scene.

A police source says it’s possible that Cheung, at the wheel of a large garbage truck and leaving the Dundas Street garbage depot, had been unaware of the collision and continued his journey. 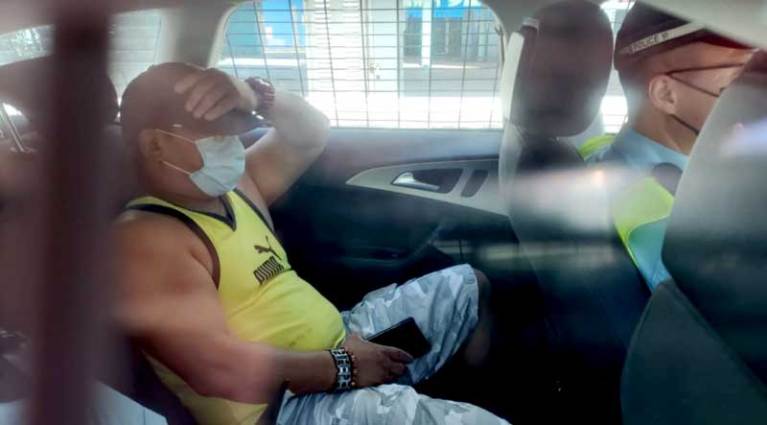 Truck driver Mr Cheung, 45, may not have even noticed the fatal collision, according to police

Leung was rushed to Kwong Wah Hospital, unconscious, and died at 10.13am.

Police caught up with Cheung and his heavy garbage truck in Hung Hom, near the Cross-Harbour Tunnel, and arrested him for dangerous driving causing death, failing to stop after an accident and failing to report an accident.

Last year, a senior police crime scene investigator claimed Hong Kong was lagging behind in truck technology, such as radar and cameras, that could save pedestrian lives. While Europe will mandate side-facing radar from 2022, Hong Kong last updated truck safety requirements in 2014, with the introduction of rear-vision cameras. 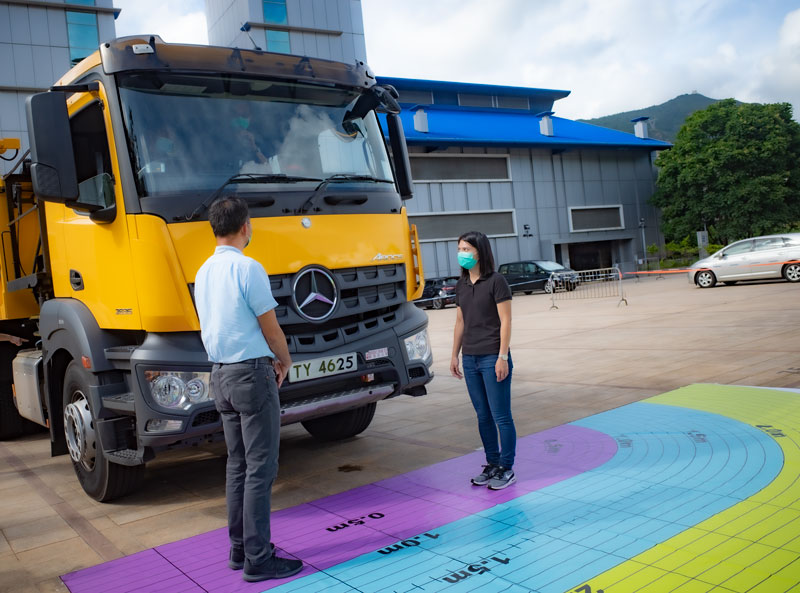 Categories: On the Roads, Transit