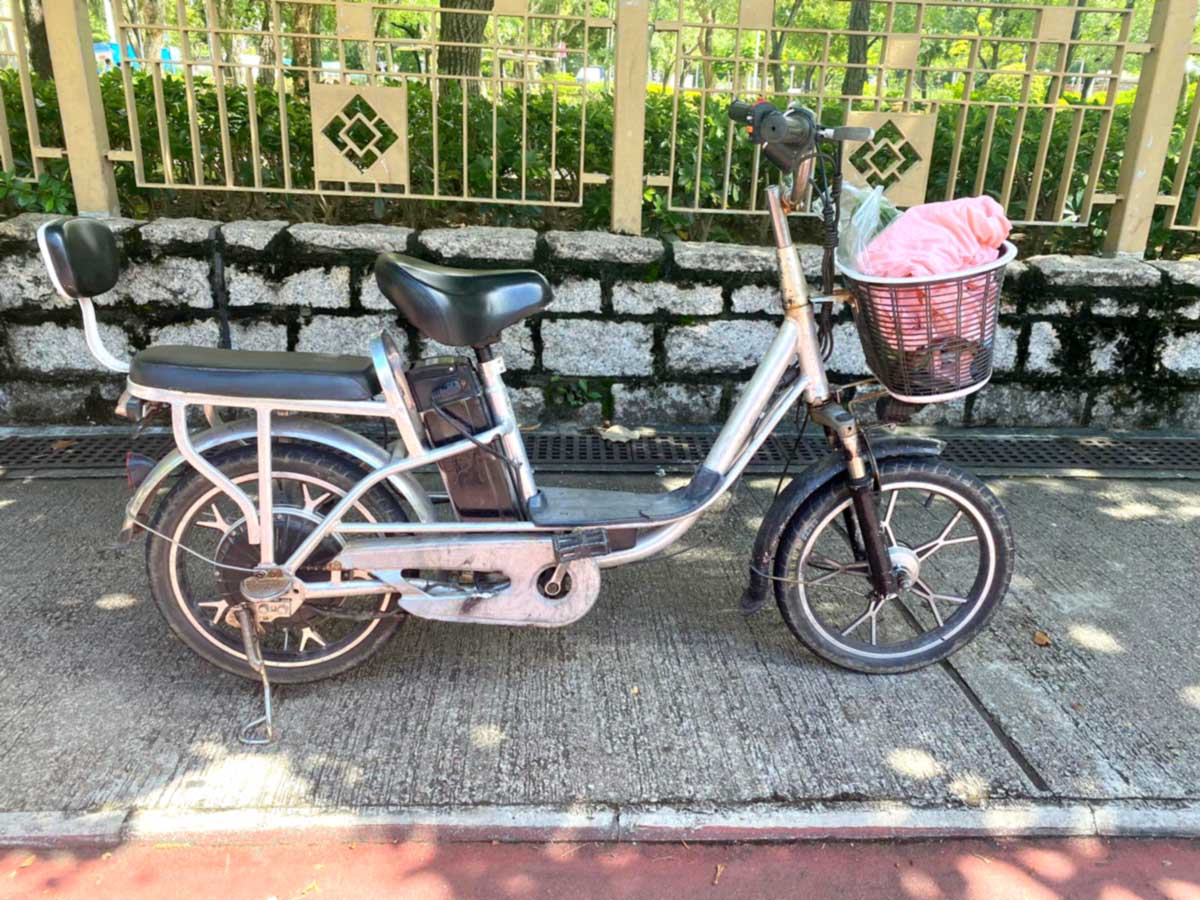 An electric bike seized by cops in New Territories North this week, its owner charged with four offences

The operation, under the ongoing ‘Goldensun’ codename, led to six arrests and six e-bikes seized. 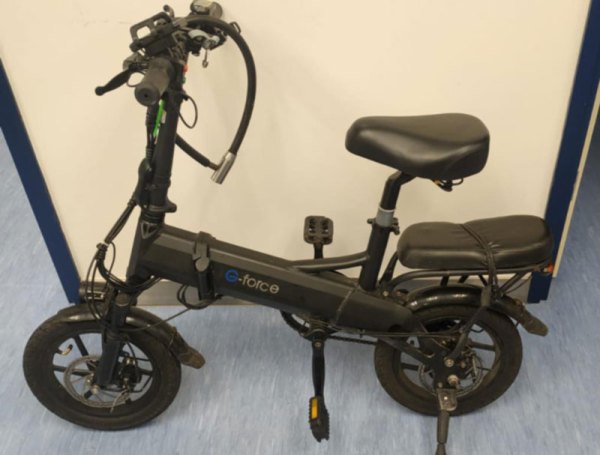 Four men and two women, aged between 32 and 64, were all charged with the now-familiar slate of four charges made against e-bike riders: driving an unregistered vehicle, driving without a valid driving licence, using a vehicle without third-party insurance, and driving without wearing a protective helmet. Some in previous operations have also been charged with careless driving.

“E-mobility devices are not suitable for use with ordinary cars on the road, nor are they suitable for use on sidewalks or cycle tracks,” police said, reiterating they intended to “strictly enforce the law to protect the safety of the public.”

Police have held two such operations on Cheung Chau in recent weeks, as well as campaigns on Hong Kong Island last year.

The government held two weekend trials of e-mobility devices in Tseung Kwan O and Hong Kong Science Park last year, but no report is yet available. Participants needed a full driving licence, were required to stick to a short stretch of cycle track using only approved devices and needed to wear helmets and hi-visibility vests as the government attempted to assess how e-mobility users interacted with traditional cyclists on the tracks.

Product safety was one area of concern for the government, with several dangerous fires in the last few years, one fatal, caused by charging e-mobility devices in homes. Sha Tin District Councillor Felix Chow Hiu-laam last year said the devices were already popular in Sha Tin but urged clarity from the government. “I hope one thing the government should make clear is which model or which brand meets standards and are considered legal. It needs to be very clear,” he told Transit Jam.

But last month, Annie Choi Suk-han, head of Hong Kong’s Innovation and Technology Bureau, poured cold water on ideas of developing the city’s e-mobility infrastructure in line with the mainland approach. “Hong Kong is a small place, and I am not necessarily [sure] things that can be done in other places can be applicable,” she said.

Meanwhile researchers in the UK last year found that a modal shift towards greater e-bike use could slash transport emissions by half. Replacing just 20% of motoring miles with electric bikes would save Britain four to eight million tonnes of CO2 annually, say researchers.