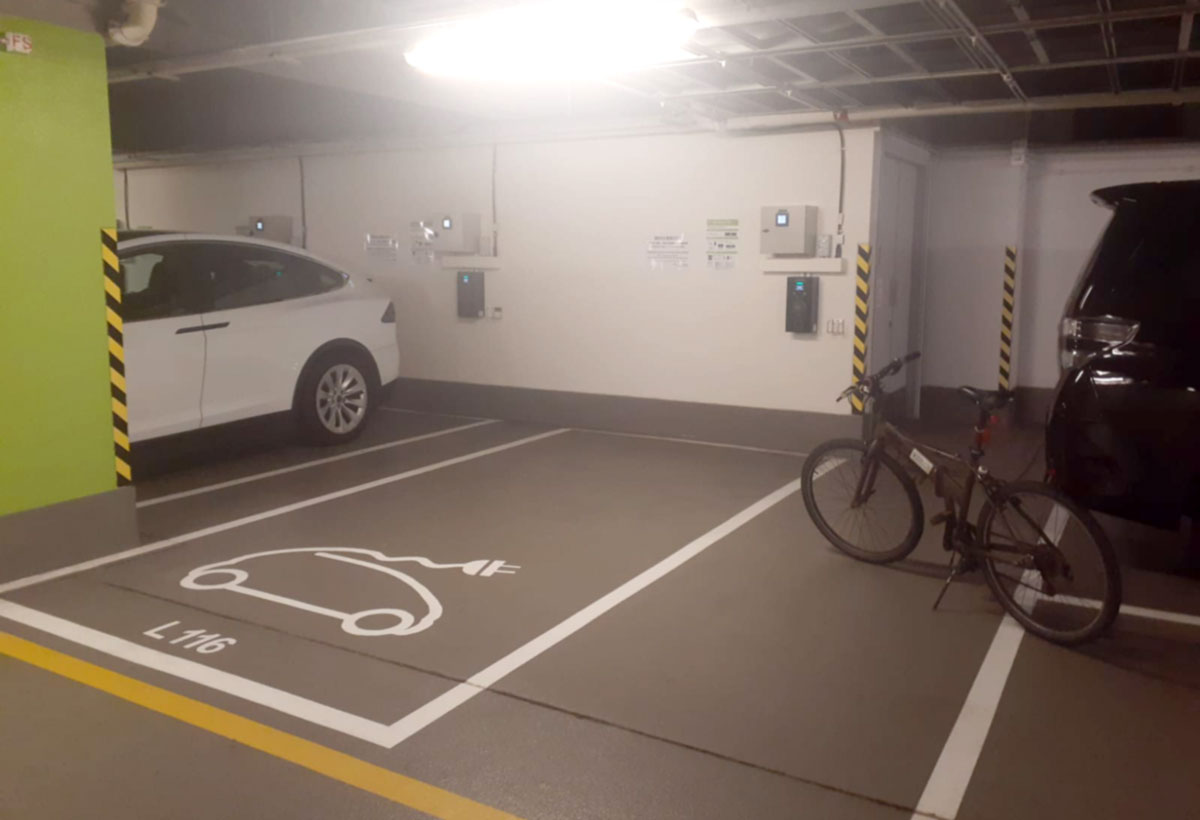 A picture which cost 16 hours in custody: Hong Kong Cycling Alliance chairman Martin Turner sent Transit Jam a photo from his LegCo excursion the day before his arrest, with a note saying there were only seven EV parking spaces in the 120-space LegCo car park. Turner, who regularly shares stories and insights on local transport issues, had also been looking for bicycle parking, to no avail. 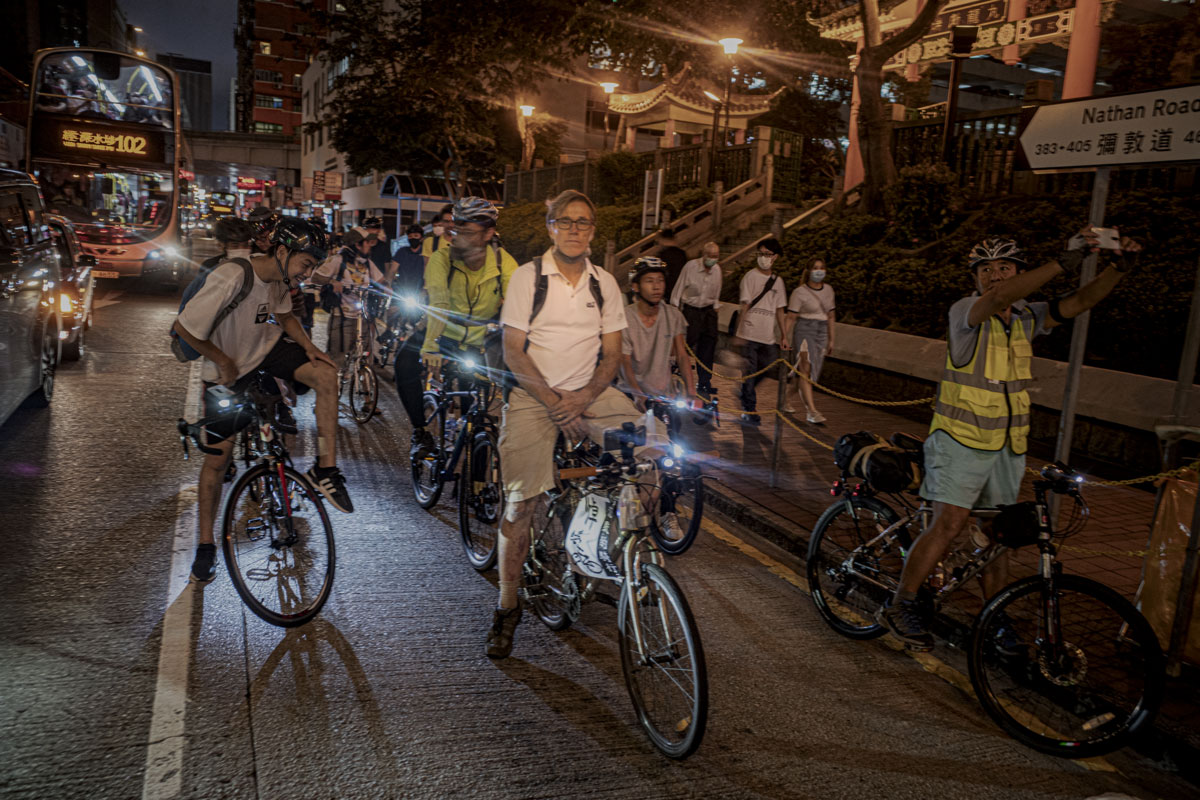 Martin Turner, chairman of the Hong Kong Cycling Alliance, was snatched from his home in North Point at 7am yesterday – police held him for 16 hours on suspicion of loitering and illegally entering a car park, releasing him on bail at around 11pm.

Martin Turner, chairman of the Hong Kong Cycling Alliance was arrested at home in a dawn raid yesterday, for “loitering” at the LegCo complex after cycling into the car park and taking photos to expose the lack of electric vehicle (EV) and bicycle parking spaces.

“The police received a report on 5 September that a cyclist suspected of illegally entering the area of the Legislative Council Complex at 1 Legislative Council Road in Central District at about 4pm on 4 September,” said a police statement, adding that a “foreign man” had been arrested.

The writer, editor and campaigner, who has lived in Hong Kong since 1984, was held for 16 hours and released on bail at 11pm last night. He is yet to speak of his ordeal.

Turner had, before his arrest, shared his findings from the car park with Transit Jam, sending a picture of the EV parking in the car park and pointing out there were only seven EV parking spaces in the 120-space car park, and no bicycle spaces. Transit Jam had planned to develop a story about the paucity of EV parking and bike parking for LegCo visitors, based on Turner’s findings, as part of a general series in the gap between talk and action on Hong Kong’s transport decarbonisation.

According to his wife, Turner fully explained his presence in the car park to officers at his home. “But they dragged him away anyway,” she said. “It was very rough.”

A police source speaking on condition of anonymity said LegCo staff had believed the case to be very serious. “They had thought someone could be trying to plant a bomb,” they said. Neither police or LegCo explained why LegCo then only reported the case to police on Sunday, the day after Turner’s visit.

An inspection of the site reveals the car park is in fact freely accessible from the public part of the LegCo complex, with no barrier to entry, and no warning signs that the car park is a restricted area. This morning, guards on the main road opened the vehicle gates for all traffic, including cars, vans, trucks and one garbage truck, without inspection or credential check. Meanwhile, the public is allowed into the complex, without appointment or ID check, to queue for the Public Complaints Unit.

Turner had accessed through this public gate before heading down to the carpark, with no interference from guards on entry, he says. A guard later asked him to leave and he did, he says.

LegCo Secretariat, which manages the complex, has not yet responded to questions on car park access.

Turner is required to report back to police in mid-October, the force says. 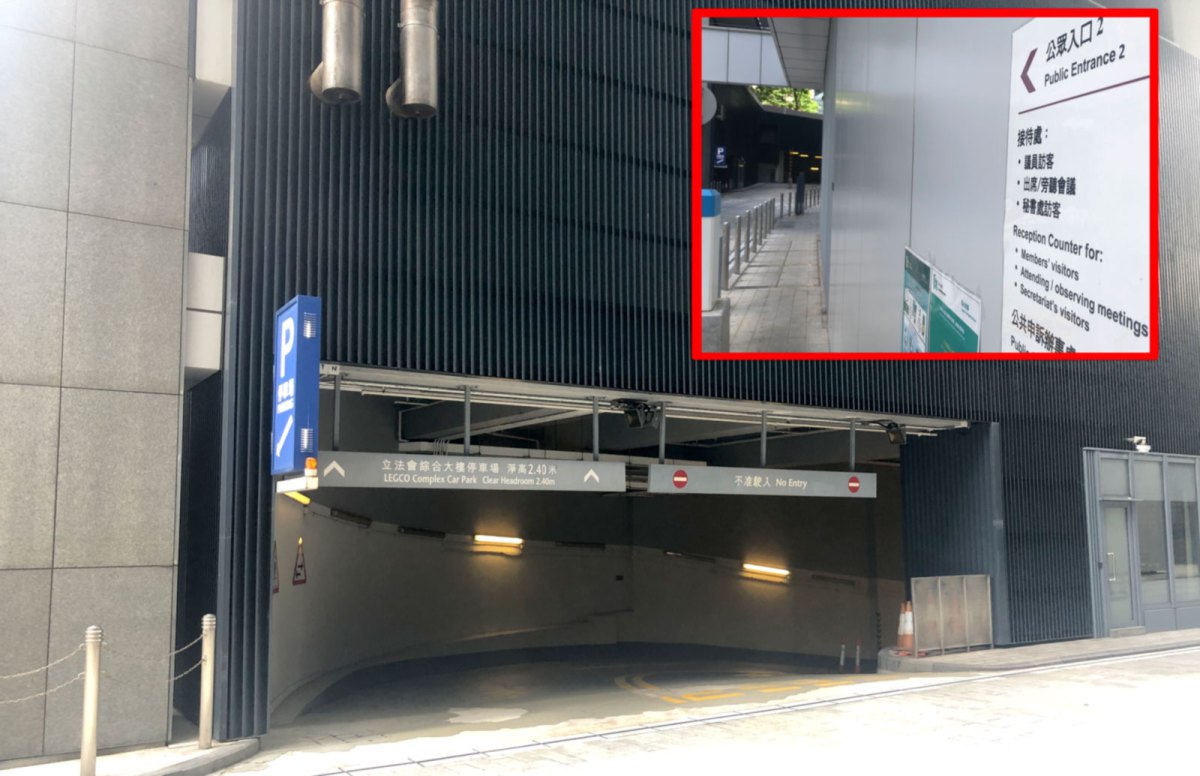 The car park at LegCo which Turner was said to have “illegally entered” by bicycle. The car park is freely accessible from the public area of LegCo complex, with no warning signs or restriction notices.