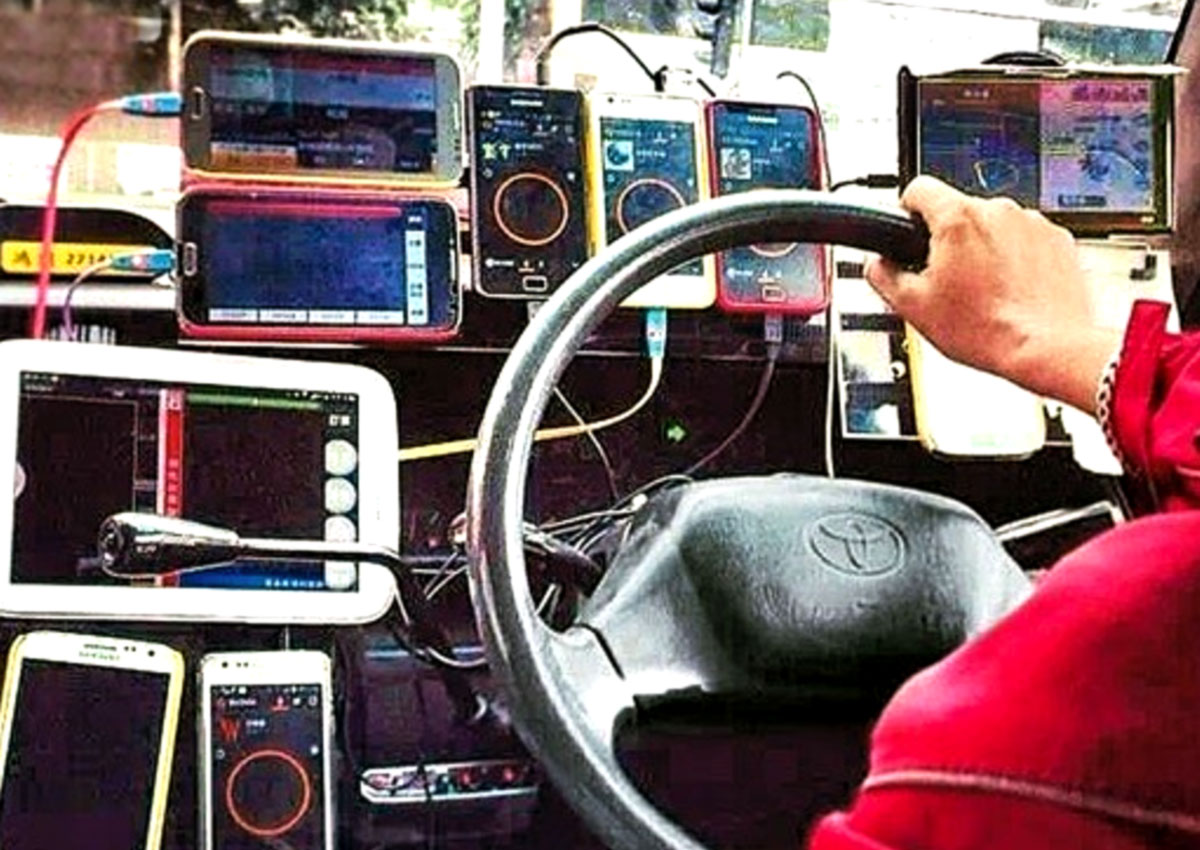 The government may restrict how many phones a driver can mount on a vehicle’s dashboard, with increasing concerns over driver distraction, particularly amongst taxi drivers.

Transport chief Frank Chan Fan yesterday told LegCo the government is already conducting a study “and will consider the direction of regulating the number and location of mobile phone devices placed by motorists, as well as the mode of use and purpose of using the devices.”

“The Government notes the public’s concerns about motorists, particularly taxi drivers, placing several mobile phones on the dashboard while driving,” he said.

Police gave 12,380 tickets to drivers using handheld mobile phones whilst driving in the first six months of this year, up 22% on the same period in 2020. But dash-mounted phones are not covered by that “handheld” law, and as such, taxi drivers made up only around 1% of those convictions, with private car drivers accounting for 45% and goods vehicle drivers 52%.

Distracted driving was the top cause of traffic crashes in 2020 and 2019, with 3,592 crashes involving injuries caused by distracted drivers in 2020.

Chan said the government would consult stakeholders once “concrete proposals” were formulated, and that Transport Department was looking into practices in other jurisdictions. “TD is … considering various factors such as whether motorists would switch between multiple mobile applications if restriction is imposed on the number of mobile phones placed on the dashboard while driving,” he said.