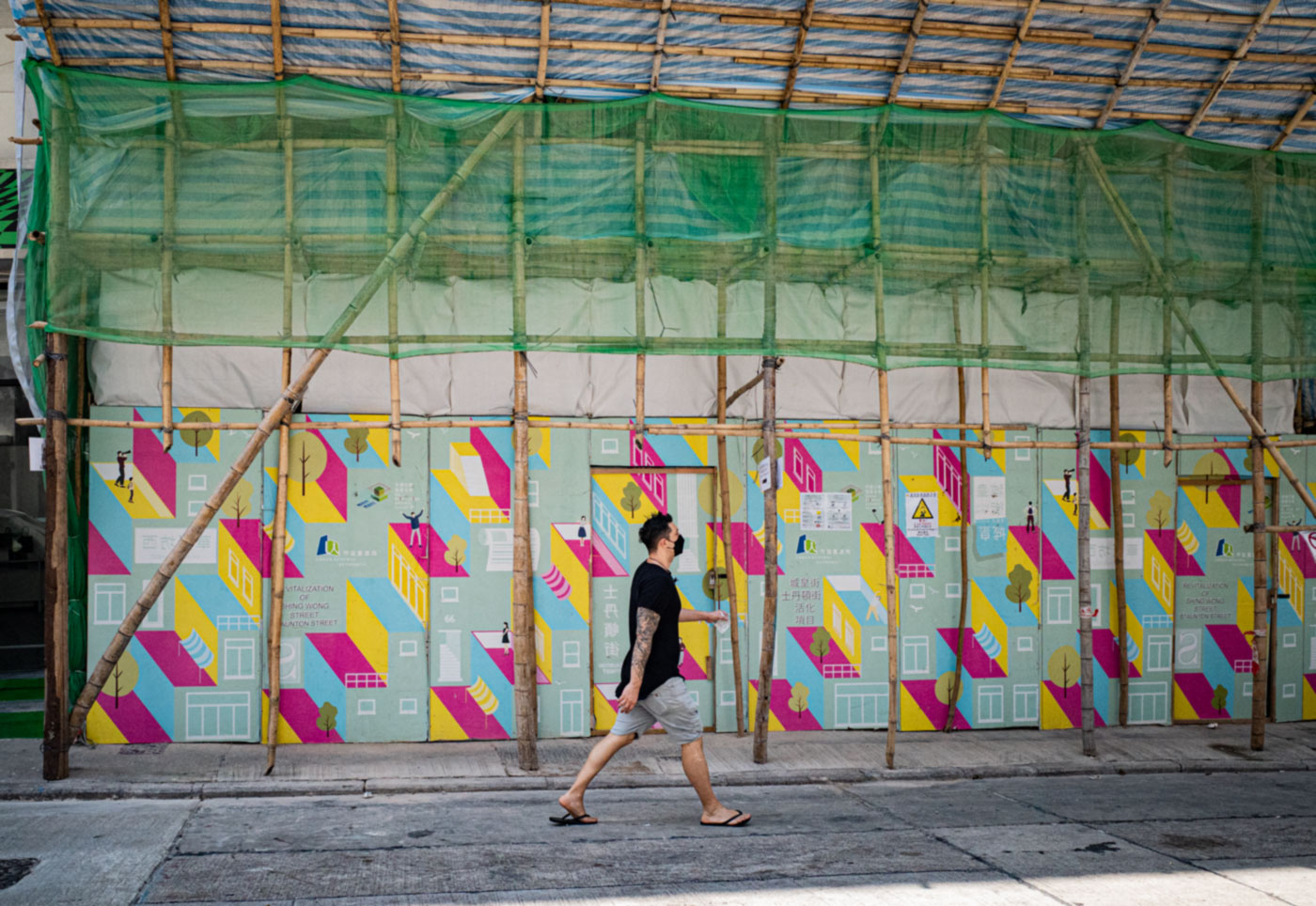 Residents have complained about scaffolding at two prestigious Urban Renewal Authority projects in Soho: hoardings have not moved despite a claim from URA they had been “set back” since complaints 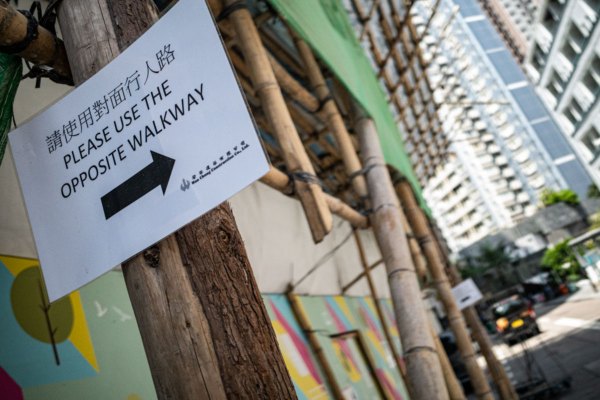 Pedestrians are pushed onto the busy road: URA will not comment on pedestrian safety measures

The authority, a statutory body reporting to the Chief Executive, claimed it had moved hoardings and fixed safety screens on bamboo scaffolding after residents complained of impassable footpaths and building material falling from height at two projects opposite PMQ on Staunton Street.

“The measures took in place include setting back the hoarding to ensure pedestrian passage; stepping up on-site dust control measures, including water spraying and regular cleaning; and installing protective screen and toe-board at the scaffolding to prevent falling objects from above,” said a spokeswoman in a statement.

But inspection of the sites shows zero movement of the hoardings as URA claimed, while both projects remain in breach of Buildings Department’s minimum requirements for pedestrian safety, and safety screens fail to protect from falling debris. 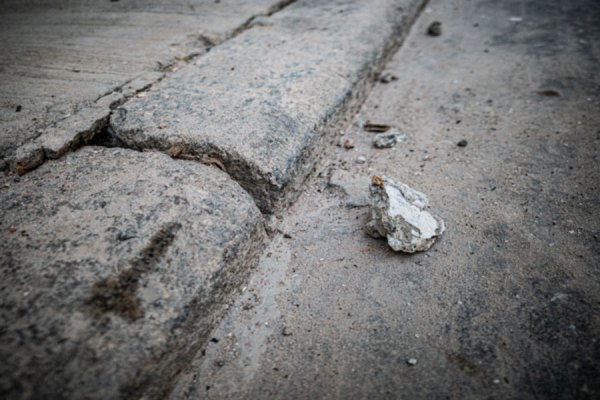 Heavy chunks of rubble regularly rain down from the scaffolding at the URA projects. In response to complaints, URA said it had installed screens, but the problem persists

At the site, unsecured bamboo scaffolding still blocks the footpath covering one of the projects and minimum footpath widths are still not observed. Debris still falls from the construction site to the ground. Both sites are still missing any display of any site permit.

Furthermore, the project skip is not an approved skip, as required by the new guidelines for government-related contractors, and still does not meet safety requirements, with missing lights and reflective strips.

URA says it has no further comments and has refused to answer follow-up questions on its claims. Buildings Department has not commented.

The safety issues of shoddy construction hoardings and bamboo scaffolding were highlighted just today as a major scaffolding at a private development in Happy Valley collapsed onto the road under heavy rain from Tropical Storm Lionrock, killing one woman, 55, and trapping two motorists in the debris.

The scene after tonnes of scaffolding collapsed onto a road in Happy Valley this morning, including the terrifying perspective from inside a trapped car