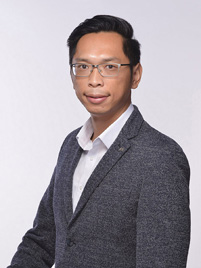 DAB lawmaker Michael Luk Chung-hung has called out the illegal repurposing of Kowloon City residential car parks as shops, restaurants and schools, with a question to LegCo demanding to know why the government had failed to take action for, he says, decades.

The sites in question, centred around a block on Grampian Road, have transformed residential ground floor parking into coffee shops, a car wash, estate agencies and schools. In his question, Luk wanted to know why Ratings And Valuation Department had treated these premises as businesses, when they had no licence to operate.

The government says it has already sent warning letters to the businesses, and would take further follow-up action. “For the above cases, the relevant lease provides that ground floor of the buildings should be used for car parking with car parking facilities.  The LandsD has been issuing warning letters to the owners liable for breach of lease conditions since September 2019 requesting rectification of the lease breach. For cases where the breach has not been rectified by the deadline, the LandsD would continue to register the warning letters at the Land Registry, and reserves the right to further lease enforcement actions.”

The government also says Buildings Department (BD) would follow-up on any unauthorised building works carried out to convert the parking spaces into businesses – but that it saw no immediate danger to the public from the conversions. 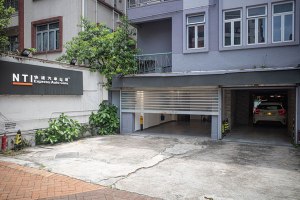 Owners have converted this ground floor car park into a full-service car wash.

“In light of complaints and referrals, the BD paid inspections and found that the car parking spaces were used as shops. These changes in use did not pose obvious hazard or imminent danger to life or property, or cause serious health hazards or serious environmental nuisances. Having said that, BD found that there were actionable unauthorised building works (UBWs) in some premises that had been converted into commercial use. The BD has issued removal orders to the relevant owners in accordance with the BO and the enforcement policy against UBWs, requiring the removal of the UBWs concerned,” says BD.

The government also says that the Ratings and Valuation Department charges rates based on actual use, not legal use, and therefore charging these businesses proper shop rates does not imply any acknowledgement of the legality of their operations.

While Luk raises these points in LegCo, many other cities are going in a different direction and legally repurposing parking, particularly on-street parking, as space for citizens to move and patronise restaurants. For example New York’s Governor Andrew Cuomo unveiled a policy for outdoor dining to support the state’s Covid-19 lockdown reopening effort, with New York City Mayor Bill de Blasio introducing the city’s own plan to allow al fresco eating to expand throughout the city. The cases raised by Luk do differ from such plans, in that it’s the indoor parking structures, as well as the outdoor spaces, that have been repurposed and rebuilt, something he says needs attention.

The government has not responded to questions on whether other high-profile repurposing and UBW cases – including Secretary for Justice Teresa Cheng’s illegal swimming pool – attracted “actual use” rates by the Ratings and Valuation Department, or were billed out at declared use.