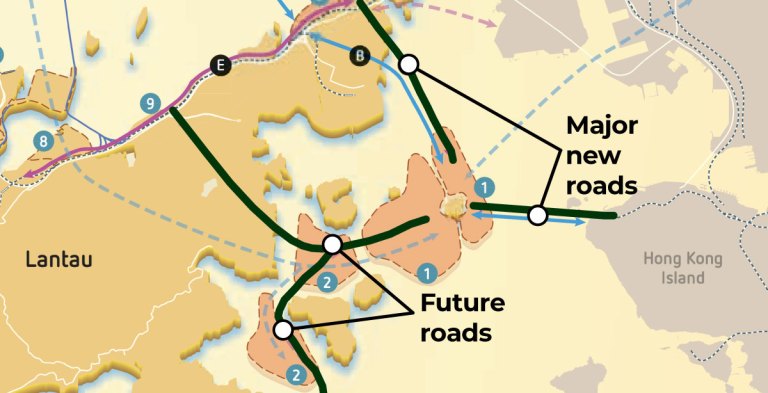 The revelation came during a press conference promoting the government’s new Clean Air Plan this afternoon.

“For pedestrians and bicycles, we will reserve residential sites near to the MTR stations, to encourage people to cycle or walk more. For the artificial island project we are talking about car-free arrangements, it could be public transport only,” he said.

Liu did not elaborate on how this could be achieved in the new town, which has a predicted population of over a million: earlier this month the government confirmed the project will likely feature “priority road links”, with highways connecting Hong Kong Island and Tuen Mun and possible new roads connecting North Lantau.

In 2019, transport expert Ronald Taylor warned LegCo that a detailed traffic and transport assessment would be required before moving ahead with planning and engineering. According to Taylor, a preliminary study found the local highway infrastructure could not cope with the additional traffic from the new metropolis.

That warning was ignored, with the government last week announcing a 42-month $220 million planning and engineering contract with Arup.

Separately, Lantau campaign group Save Lantau Alliance says its application to hold a rally and a march on 1 July was rejected by police on Covid-19 grounds.