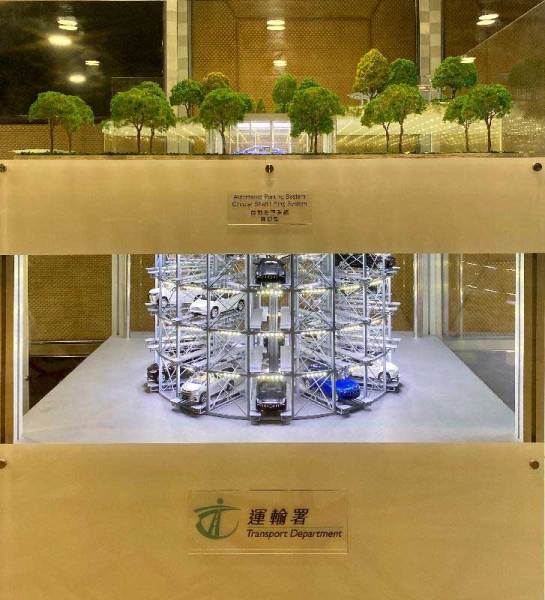 A government model of the Sham Shui Po concept

The parking towers, which cannot handle electric vehicle charging, will mostly extend underground but will rise 9.5m above ground as “low-rise structures … compatible with the planned open space,” says a consultancy report.

But a closer inspection of Town Planning Board documents reveals issues including unexplained discrepancies between traffic growth rates used to justify the project.

Under those conditions, the consultants conclude the project “would not induce adverse traffic impact on the road network in the vicinity of the [site]” and that road junctions in the district would be easily able to bear the additional traffic travelling in and out of the parking garage.

However, Ozzo Technology’s own street survey in Sham Shui Po found traffic up 39% above the 2018 Annual Traffic Census figures (with 2019 figures discounted as unreliable due to civil unrest in the district for six months of the year). That’s an annual growth rate of around 20 times the rate used in the TIA, calling into question the reliability of the conclusions.

Ozzo Technology did not respond to questions on the discrepancies. 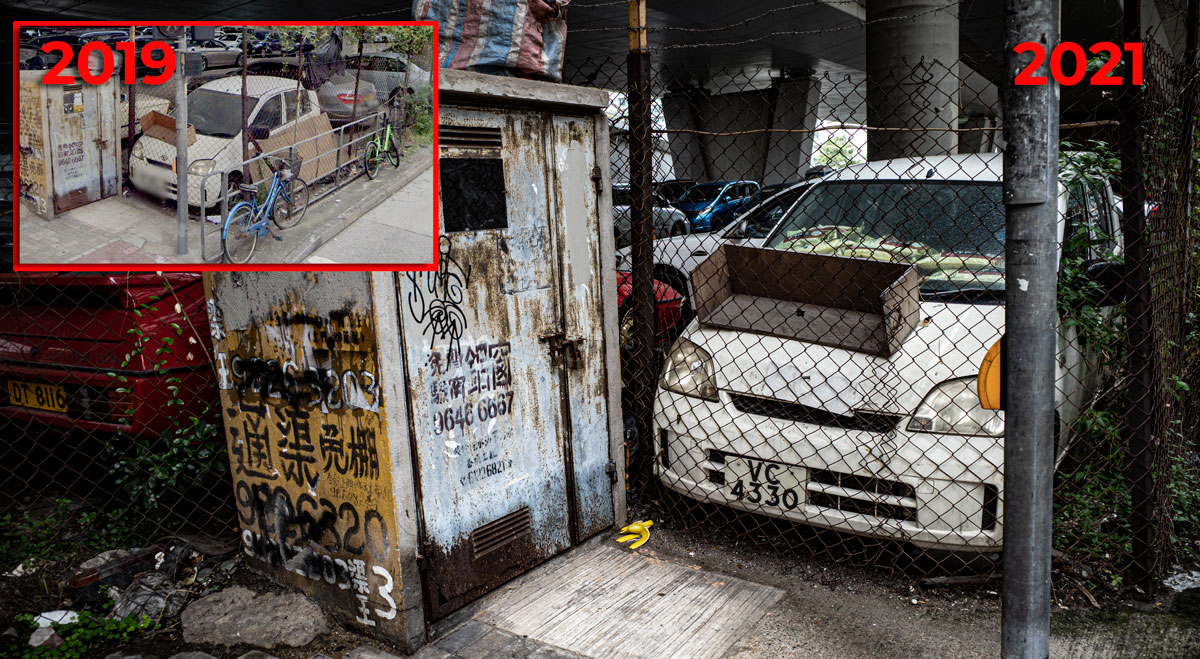 Parking inefficiencies: this white car (and its timber appendage) has not moved since at least October 2019

The government-commissioned impact assessment compares potential use of the new high-tech tower to that of an off-street car park in the same location.

But that benchmark car park is littered with junked or disused cars – one formerly-white car, filled with bags of rice (presumably to ward off humidity), has been in the same spot since Google Streetview last passed through the area in October 2019, almost two years ago.

At the same time, and not mentioned in Ozzo Technology’s report, illegal on-street parking dominates the blocks around the proposed APS, with hundreds of vans, cars and trucks double- or even triple-parking.

On the three nearest streets to the reference car park, not one occupied on-street “smart” parking meter was found paid, even in the shadow of the Sham Shui Po police station.

Expert Barter says these issues, together with the seemingly-abandoned cars in the off-street car park, point to deeper problems than a lack of parking spaces.

But TD says the provision of new spaces is necessary to “combat illegal parking”.

“A parking demand assessment conducted by TD revealed a shortfall of about 200 public car parking spaces in the area,” says a consultancy document commissioned by TD to justify the new 200-space facility.

Meanwhile, reports also say the government will fell 28 of the 32 trees on the site, accusing them of being “in general poor tree form, health and structural conditions”.

The car park is planned for completion around 2026.