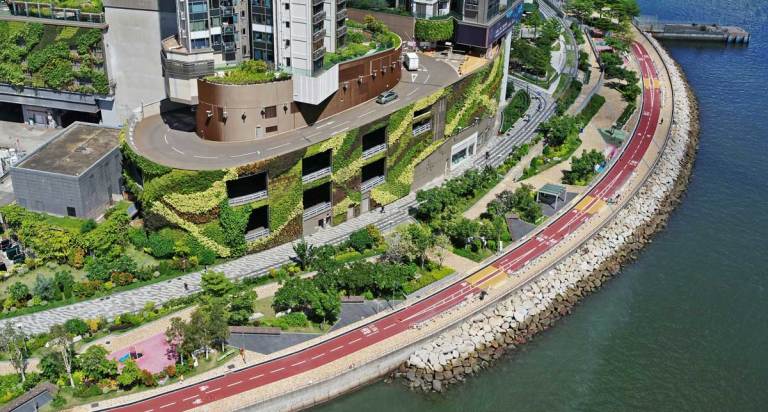 Martin Turner, chairman of the Hong Kong Cycling Alliance, says the new track demonstrates some good thinking from the government. “It has a new low-stress approach to pedestrian-cycle intersections,” he says, pointing out other new paths in Hong Kong recently have suffered endless “cyclist dismount” signs at even minor junctions.

“I hope that this represents a step up from the stop-start track designs we see elsewhere in the NT, and that the dangerous profusion of ‘dismount’ signs is also a thing of the past,” he says. 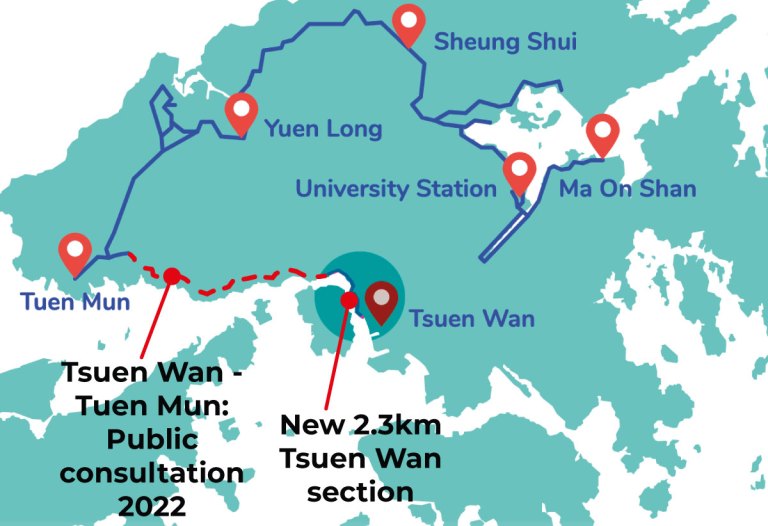 The new Tsuen Wan section is only 2.3km but will ultimately link to Tuen Mun in the west, connecting Tsuen Wan to the whole 82km New Territories network

The government says the track segment is part of the 82km New Territories cycle track network, although there’s no dedicated cycle path connection to that network yet: cyclists would need to cycle around 14km west along Castle Peak Road to reach the Tuen Mun end of the New Territories path, while the Tai Wa end of the track is inaccessible by bicycle from Tsuen Wan (unless cyclists wish to carry their bikes over the Golden Hill hiking trail).

But writing on his blog yesterday, Secretary for Development Michael Wong said the government plans to consult the public early next year on extending the new Tsuen Wan track segment from its terminus at Bayview Gardens all the way west to Gold Coast and the Tuen Mun network entrance.

Former District Councillor Nixie Lam says the plans for even the 2.3km stretch were delayed for years over complications from route planning and trees. “We had a lot of green groups come in and say you cannot chop this tree or that tree, so we did quite a lot of replanting, moving trees, it really took a long time to get this done,” she says.

Lam, who chaired the Coastal Affairs Committee, takes credit for pushing the government ahead on the Tsuen Wan stretch. “It was discussed for over 20 years in Tsuen Wan,” she says. “A problem was the cycling path was under the Environment Committee and the Traffic & Transport Committee, and nobody there took it very seriously, so that’s why we formed a Coastal Affairs Committee to tackle these issues and push the government.”

“CEDD [Civil Engineering and Development Department] is not very proactive,” she says. “I told them, we will have a meeting every two months, they would say, well we haven’t made any progress, I had to say ‘If you guys don’t come to my meetings every two months I am going to write to your Secretaries and f**k you up’,” says Lam. 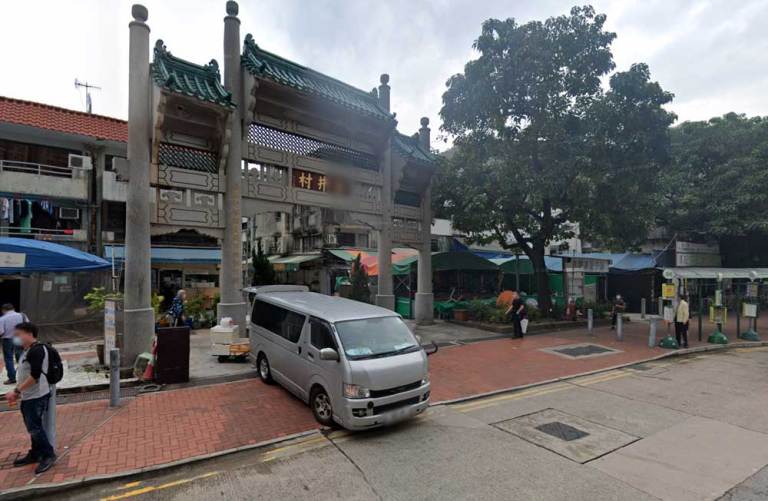 But for the extended stretches towards Tuen Mun, Lam says a failure in government communication caused problems with residents and has so far proved fatal to the track development.

“We don’t have proper data on how many people welcome the cycle path,” she says, claiming that residents in Sham Tseng, in particular, have raised many issues which need resolving.

Lam says that CEDD are adept at the “professional” engineering side of cycle projects of but don’t handle communication with residents too well.

“The government hasn’t really had a discussion with them, they just came up with drawings and stuff, and there was a lot of misinformation around, like ‘if we let them build this then there will be reclamation and there will be development in front of your house’. My gut feeling is they need to talk to the owners, do a proper consultation. Sometimes it’s not about hardware, it’s about the software, because people may have misunderstandings about the whole plan,” she says.