The man’s electric-assist cargo bike was confiscated as part of the police operation on Cheung Chau today (photo: police)

Police are hunting an e-skateboard rider and have busted an e-cargo rider in apparently unconnected operations to crack down on the use of e-mobility devices.

In Cheung Chau, a 20-year-old man caught riding an electric-assist cargo bike was arrested and faces a barrage of charges, including driving an unlicensed vehicle, driving without a licence, driving without insurance and driving without a protective helmet. Police say they are still holding the man, Mr Wang, and that his arrest was part of an island-wide operation to “combat illegal driving of electric vehicles”. 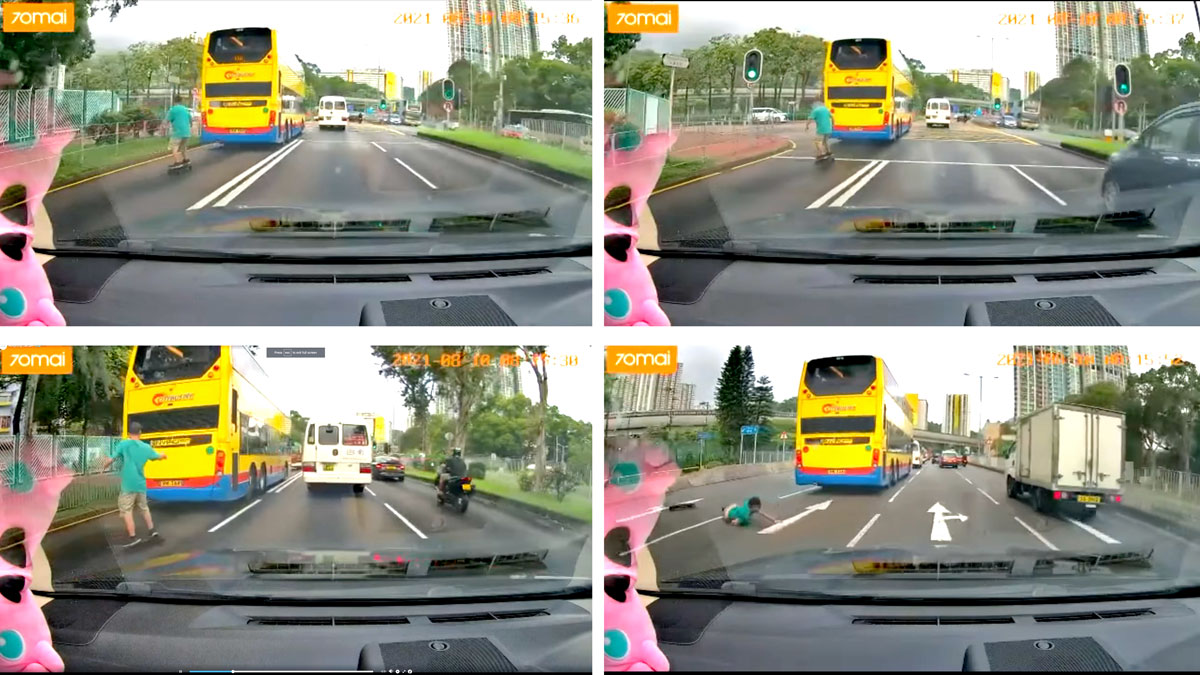 Police are hunting this man after dashcam footage showed his attempts to slipstream a double-decker bus (photos: Facebook)

Meanwhile in Sha Tin, police are hunting for a young man seen riding an electric skateboard behind a bus on a main road. Dashcam footage shows the man trying to slipstream a bus before wobbling at higher speeds and falling off. The man appeared uninjured and no casualties were reported. But police said such stunts “could cause fatal traffic accidents” and that anyone caught using such machines could be convicted as well as banned from driving.

A police spokeswoman says e-mobility vehicles “are not suitable for common use with ordinary cars on the road, nor are they suitable for use on sidewalks or cycle tracks,” stressing that it is illegal to use unregistered devices in Hong Kong. “The police urge the public not to test the law,” says the spokeswoman. 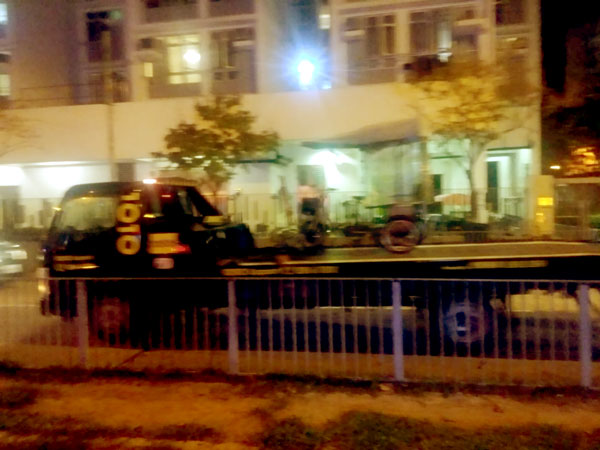 The government says it is primarily concerned with road safety and product safety. Hong Kong has seen several deaths related to e-scooter crashes and at least one fatal fire related to a faulty e-scooter charger.

But residents of villages where the electric cargo and passenger trikes are common say they are alarmed at the crackdown. In Mui Wo, around 10-20% of the tricycles have some motor retrofitted, with the machines gliding around the streets and cycle tracks along with bicycles and pedestrians.

“Lots of people find the trikes very convenient, particularly for helping to transport elderly and small kids around to the villages and up the slope. I think they’re a beneficial part of these island communities where it’s quite easy and enjoyable to get around on a bicycle or tricycle,” one Mui Wo resident tells Transit Jam.

“I once saw the police with a tow truck taking away an electric tricycle. If only they could do that with all the cars parked illegally in the villages posing a real danger to blocking emergency vehicles!” she says.

“The police years ago said they couldn’t help clear illegally parked cars in Mui Wo because they’d have to get a tow truck from Tung Chung and it would be a big hassle… yet there was a glorious tow truck for a tricycle. An absolutely pathetic sight.” 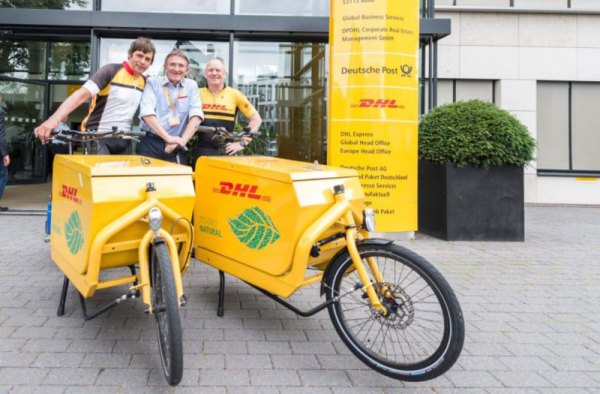 In Germany, as in many other countries, electric-assist cargo bikes have become an accepted part of the logistics ecosystem

Personal e-mobility devices such as e-scooters have been controversial in many cities, with different models for regulation including geofencing and speed throttling. But for the trade, road-going electric-assist cargo bikes are fast being accepted as clean and reliable logistics workhorses in cities from London to Prague to New York City.

A recent report from London found that cargo bike service delivered freight around 1.6 times faster than a van – and that replacing 10% of the van-km driven in London with cargo bikes and electric-assist cargo bikes, like the model seized on Cheung Chau, could save 133,300 tonnes of CO2 and 190 tonnes of NOx every year, while freeing 38.4 hectares of public space usually occupied by parked vans.

Check out the latest episode of our podcast, Wham Bam Tram!